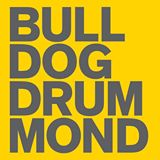 The Louis Vuitton brand recently named designer Virgil Abloh as creative director for menswear—and for good reason. Abloh is known for making luxury fashion relatable across generations and has been on a mission to make streetwear more credible for years.

“In a large part streetwear is seen as cheap. What my goal has been is to add an intellectual layer to it and make it credible.” – Virgil Abloh

His story is an inspiring one.

At 22 years of age, Abloh was hired as Kanye West’s creative consultant, encompassing everything from videos and stage design to merchandise and album covers. Seven years later he and West sought an internship with Fendi (at a reported ), and Abloh left an impression on the brand leader at the time, Michael Burke. “I was really impressed with how they brought a whole new vibe to the studio and were disruptive in the best way. Virgil could create a metaphor and a new vocabulary to describe something as old-school as Fendi. I have been following his career ever since.” – The New York Times

A few years later, he began building Pyrex Vision, his first fashion label, which launched in New York and sparked what some would say was the streetwear movement. The brand, which initially sold custom screen-printed Champion T-shirts and vintage Ralph Lauren flannels with hefty profit margins, quickly gained a cult following. “Pyrex attracted influential retailers like Colette (Paris), Union (Los Angeles), GR8 (Tokyo) and Storm (Copenhagen), and was sold next to luxury labels like Balmain, Céline and Givenchy.” – Business of Fashion 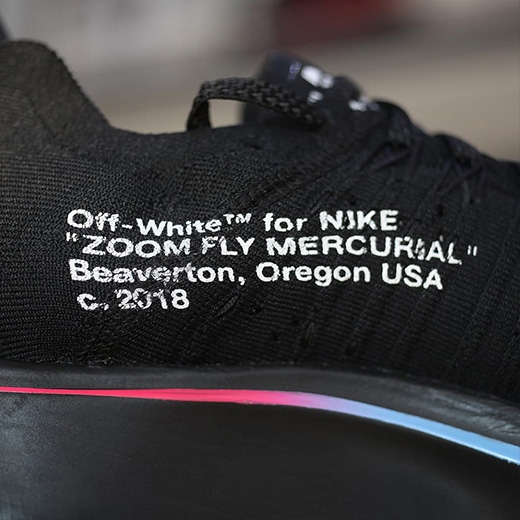 Just a year later, Abloh concluded the Pyrex Vision brand and started Off-White. In an interview with Teen Vogue Abloh said, “I realized that Pyrex Vision was an art piece. It was a one-time thing. And that I wanted to do something lasting. I also wanted to think of a concept that didn’t tie me down to my original concept. My goal was to tell a dialogue between high fashion and streetwear. So, the name Off-White, in my mind, is between black and white. So, that middle ground is a mixture between both genres of fashion.” The brand pulls inspiration from all over—he’s mentioned his deep infatuation with Montauk and Martha Stewart and Nantucket. The multi-platform creative endeavor mixes the ideas of streetwear, luxury, art, music and travel and launched at Fashion Week in Paris. Since its launch, Off-White has collaborated with major brands—from Nike to Jimmy Choo to IKEA, just to name a few.

“I want to prove this new iteration of fashion and use Off-White as a case study for these new ideas that relate to current consumers, because at the end of the day it’s an industry I believe in.” – Virgil Abloh in Business of Fashion

The Off-White and Nike brand collaboration sold out in just a few minutes, and they continue to create new works together like the recently released capsule collection which includes a line inspired by the World Cup. Last year, the designer released a collaborative pair of Nike Zoom Fly sneakers as part of “The Ten” collection. The sneaker series, which involved deconstructing and reimagining ten Nike footwear classics, has been detailed in a recent release of TEXTBOOK, a chronicle outlining Abloh’s design process. 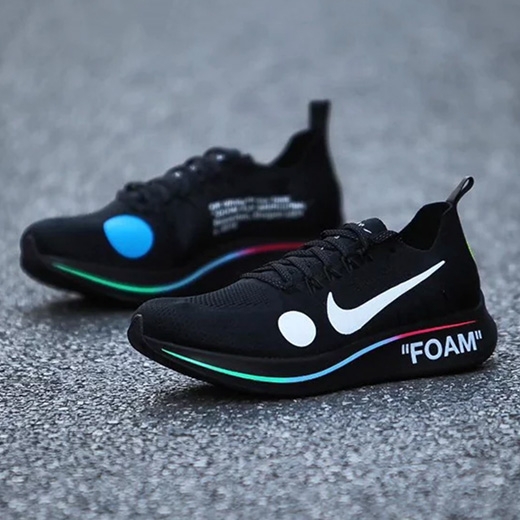 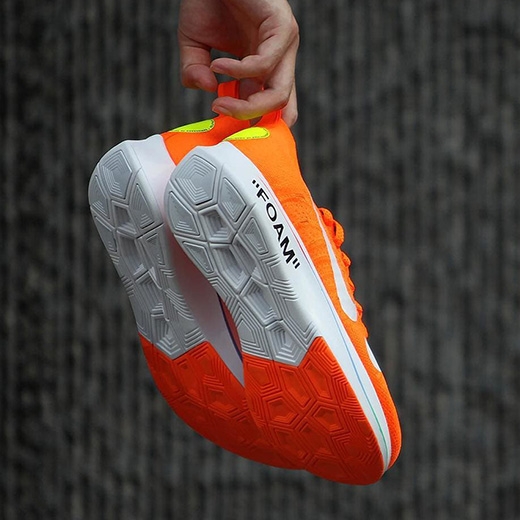 “‘We’ve come to a crescendo where we’re finding out that people actually want what we think the world wants, which is something more authentic and pure. We put the target on the less-represented, and I think we focused our work on those,’ he said during the American Express ‘A Night with Success Makers’ panel.” – Teen Vogue

Abloh is a visionary and a storyteller. He is his brand, and it is a part of everything he does. He’s not only inspired by youth culture, but he remains an active part of it. He’s transforming the fashion industry and is aware of, even amused by, the contradiction inherent in parlaying his uncommon approach and widespread acceptance in the fashion and design world.